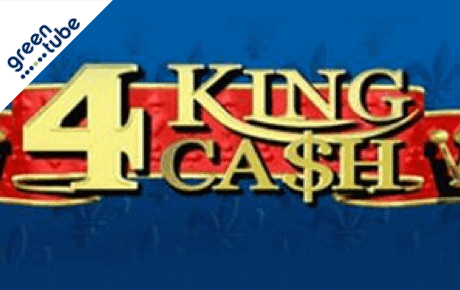 4 King Cash is an online video slot game produced by Novomatic slot Design Company. Unlike many of the bigger casino software companies, Novomatic leases their games out to specific online casinos using established platforms to host their games. The theme of this game is all about Kings and cash. The look and feel of the game is reminiscent of the classic type slot found in most land-based casinos. The graphics are very basic and feature many symbols associated with the classic fruit machines of old. The sound effects are also somewhat basic which gives players the feeling of an old-school type slot that is all about the wins.

The slot machine that 4 King Cash is based on is the standard 5-reel 20 payline setup. The game features wild symbols, and a number of interesting and reasonably lucrative bonus features. On the reels, players will find the standard set of high card symbols that are found in most slot games. The themed symbols in this game include plums, cherries, sevens and a sack of gold. Unlike most games that have their wild symbol paying out the highest prize, in this game that honour goes to the pot of gold symbol. Landing all 5 sack of gold symbols across the reels will trigger the game’s jackpot prize of a handsome 10 000 coins on a single bet. 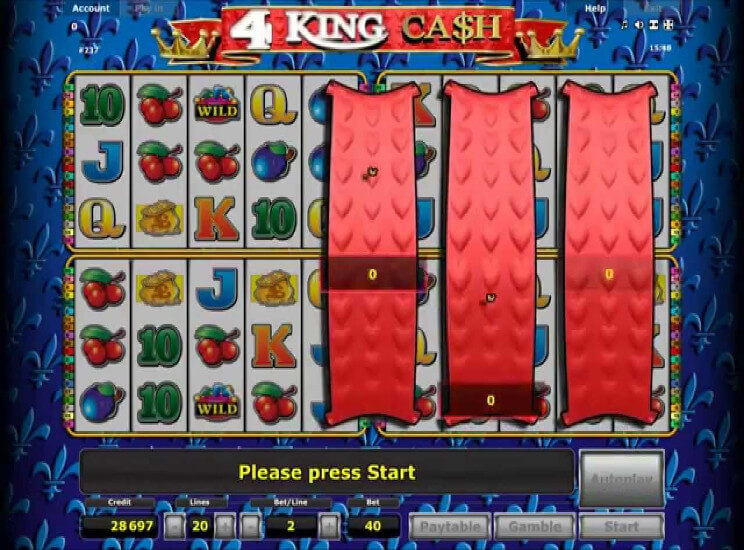 One of the advantages of the 4 King Cash slot game is the number of cash-related bonus features it hides. One of these is the Reel King feature. At the end of any game, up to 5 Reel Kings can randomly appear on the reels. These symbols act like mini slot machines. On each of their 3 reels 7’s in various colours appear, along with hash symbols. According to their colour, the 7 symbols yield different wins. If a hash symbol appears on a Reel King, then it will disappear. Players can keep playing the Reel King feature until each Reel King has disappeared.

During the game, the letters in the banner at the top of the screen will illuminate at random. If players are lucky enough to light the “4 King” portion of the banner by the fourth game, they will have triggered the Reel King bonus feature. The 4 King Cash slot game also features a gamble option. After any win, players have the option of gambling their winnings with a double or nothing feature. If players lose their winnings there is still a chance to gain a random coin prize if they find the lucky loser horseshoe symbol appearing onscreen.